History
The NWRPI was established in formally in August, 2017 by Josh Styles as a response to the drastic decline of a range of species across vice counties 58 (Cheshire), 59 (Merseyside & South Lancashire), 60 (North Lancashire) and 69 (South Cumbria). Joshua has had in excess of 15 years of botanical recording and cultivation experience of indigenous plant species over a large range of taxa and is currently in cultivation of over 200 species.
​ 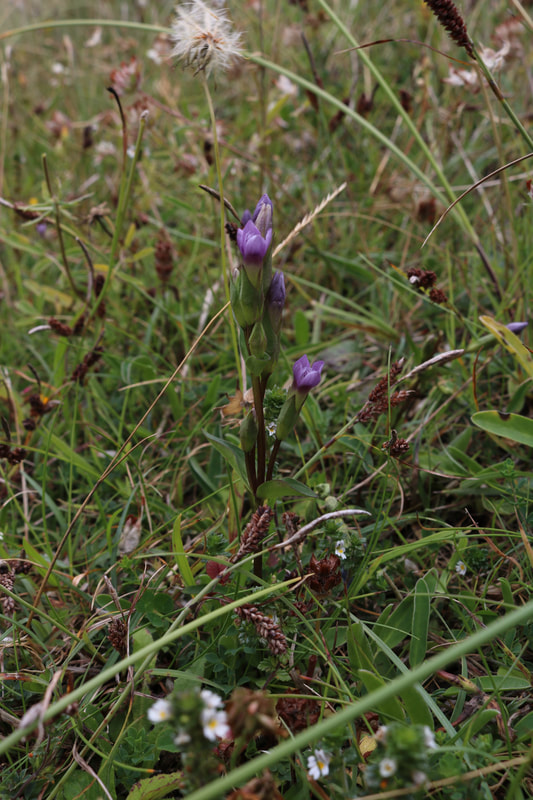 Field Gentian (Gentianella campestris) - vulnerable in the NW and red-listed as 'Endangered' in England
Aims
The aims of the NWRPI are numerous, though all aims focus on the clear main objective - to halt the decline of the rarest plant species present in NW England. Aims include:​​

- To encourage cooperation and favourable management with landowners
- To give advice to landowners as to the best management practices for their sites
- To establish a network of experienced propagators across the country involving NWRPI priority species
- To collaborate with various conservation and statutory bodies across NW England, working towards conserving the most vulnerable indigenous plant species regionally
- To provide surveys (free of charge) to determine site suitability with the inclusion of National Vegetation Classification surveys (read more about the NVC here: http://jncc.defra.gov.uk/page-4259)
- To establish a network of viable receptor sites for NWRPI priority species across the North-West

​
It must be borne in mind that re-/introduction is not a process done simply on a whim, but with strong justification of why a reintroduction would be necessary with forethought of continued management of the area of introduction and extant site conditions and with the condition of relevant landowners and statutory authorities. To view a brief overview of the protocol followed by the NWRPI, click on the "Reintroduction Protocol" download link below.
Reintroduction Protocol
Funding from
Contact us by email: joshual95@live.co.uk