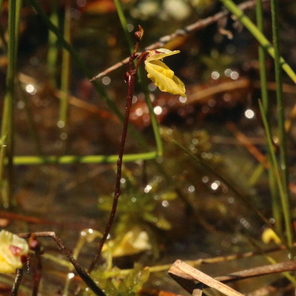 Lesser Bladderwort (Utricularia minor) is a waterborne carnivorous plant, each individual of which is capable of consuming tens of thousands of aquatic crustaceans in a single growing season. It belongs to a group of plants that are the fastest on Earth, able to capture small freshwater invertebrates in 1/10,000th of a second.

However, although it is exceedingly fast, the plant had not been able to react quickly enough to habitat changes from the mid-1800s onwards, meaning that by this century – and apart from a few sites in Cumbria – the species only grew in a single place in North West England, a bog pool in Delamere Forest, and its existence there is threatened by shading.


On observing the threat, the NWRPI leapt into action and, in collaboration with Cheshire Wildlife Trust and Natural England, in early 2018 we took five strands from the Delamere population for cultivation off site. This strategy was very successful and later that year we reintroduced the plant to several sites around the Greater Manchester Mosslands SAC, in areas managed by Lancashire Wildlife Trust and Warrington Ranger Service. 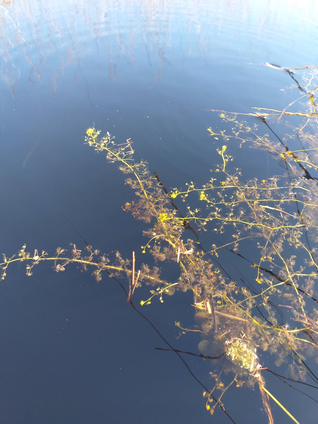 ​
The most recent surveys of these sites, in Autumn 2019, showed that the plant was doing extraordinarily well: from a total of approximately 60 strands, the population had increased to in excess of 30,000 – proving that it isn’t just speedy in its hunting technique!

Future plans for this species include reintroducing it to other sites in the region, in the hopes that it can eventually be removed from the list of ‘Vulnerable’ species in England – just one of NWRPI’s many tasks for 2020 as we continue our mission to conserve North West England’s rarest plant species.